The Intersection of Mental Health and Family Law 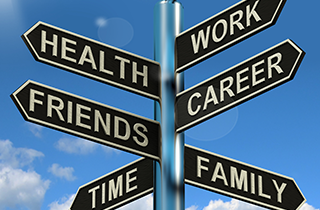 Mental health issues have sprung to the forefront of the public consciousness in recent months. Robin Williams’s suicide being one of the most acute examples of the impact of mental health issues on a person who appears, to the outside world, to be jovial, put-together, and established. Sometimes people with a mental health diagnosis can shield the outside world from their condition, and sometimes they cannot. Similarly, sometimes one partner can disguise or downplay their condition to the other partner until, as often happens, the challenges associated with living with someone suffering with a mental health issue becomes too much to bear for one or both partners.

When partners, specifically families with children, decide to separate, mental health issues can pose some very real challenges to the process. Dealing with these issues is exacerbated by the unfortunate stigma still associated with mental health diagnoses, from something perceived as “benign,” like situational depression or more “severe,” such as schizophrenia.

Notice, I use the quotations because anyone who has suffered from depression would never describe it as benign, and often schizophrenics don’t recognize the severity of their condition. Simply put, until you live it, you don’t understand it. The National Institute of Mental Health reports that in 2012, on average nearly twenty percent (18.6%) of adults in the US had experienced a mental health illness within the last year.

Handling mental health issues in the context of a divorce, particularly when children are involved, requires awareness and finesse. Whether you are the person suffering from the illness or the other party, it is important to recognize and respect the challenges associated with the interplay of mental health and the family court system. Sometimes, what seems obvious to one spouse is not at all apparent to the other spouse—or to the court.

Washington is a “no-fault” divorce state, so a person’s behaviors are generally not permitted to influence the court’s decision when dividing the assets and liabilities of a couple. The same cannot be said of the court’s determination of a Parenting Plan or residential schedule for a couple’s minor children. Indeed, our statutes may permit or even require restrictions on a parent’s residential time if they suffer from “a long-term emotional or physical impairment which interferes with the parent’s performance of parenting functions . . . .” RCW 26.09.191(3)(b).

Of course, the operative phrase in the statute is the impairment must interfere with the parent’s ability to perform parenting functions. What constitutes a genuine impairment versus what is simply a difference in “parenting style” is subject to debate and discussion. Achieving a clear understanding of the difference between the two—from the perspective of the judicial system—is important in terms of building a case, and in terms of managing the expectations of both parents.

The interplay between mental health and performance of parenting functions is a difficult concept to analyze, from either parent’s perspective. Having a legal advocate who is experienced in handling divorces in which one spouse is mentally ill can make the difference in the outcome of a parenting plan or custody agreement. It is critical for a divorcing couple to build a support team which consists of a qualified attorney, a parenting evaluator and other professionals capable of addressing concerns and attempting to achieve results that are child-focused and sensitive to the delicate nature of the issues involved.

What is most important, however, is to recognize that mental health problems are not uncommon and the associated challenges can be addressed adequately in the legal process.